What an awesome Toy Story party! It’s full of DIY ideas and decorations you can easily make, including a Pizza Planet buffet and fun games!

I have to admit, I’m totally conflicted about it. I didn’t see Toy Story 3 until I was pregnant with my second child, and between the incredible ending and pregnancy hormones, I was an emotional mess.

(Well, I think it was my second pregnancy. It could have been my third…these details do start to run together after a while)

But there’s something so special about the whole Toy Story franchise. The movies are full of storylines and subplots that appeal to every age and gender. It’s definitely a favorite in my house.

So, to get myself in the spirit for the newest release, I thought it would be fun to re-visit this Toy Story party that I designed and pulled together for my husband’s nephew.

But first, a little disclaimer: These photos are 8 years old. I knew nothing about photography then, so they don’t really look that awesome. Plus I’ve learned a whole lot more about crafting in the last few years, and see so many better ways to make a lot of these projects. (Which means I’ll be sharing a lot of these updates with you too…hooray!)

Now that’s out of the way, let’s get started with the fun stuff!

I sat down with the birthday boy’s mother a few weeks before the party started to get some ideas in place. With three movies to pull from, there were a LOT of ideas.

So, we decided to use the locations in the movies to provide some structure to the day. Here’s what we ended up with:

The birthday boy was also a huge fan of Buzz Lightyear, so we incorporated plenty of neon green and purple in the details of the party, too.

Start planning your parties like a pro with these FREE party planner sheets. Click the button below to  get your planner sheets delivered straight to your inbox.

Send Me the Party Planner!

There’s something special about setting the stage from the moment guests arrive, so for this Toy Story party, I created a door decoration based on the movie logo.

The lettering was all done with paper, but the cloud background was made with fabric. Such a simple way to greet guests, but so much fun, too!

My favorite part of the whole buffet has to be the rocket ship pizza tray. It’s such a fun way to show off simple food, and it was made with super cheap materials too!

(Be on the lookout for an update to that project…Back then the Cricut was still using cartridges. Now the machine can totally take it to the next level!)

Keeping up with the space theme, I also used kitchenware from the Dollar Store and Goodwill to make UFO platters for the sliders. Totally food safe, and so cute!

A party is always more fun with easy finger foods to snack on. We added paper cones filled with popcorn, and little coffee cups with French fries, and rocket ship fruit kabobs. They were all easy for the kids to grab and go throughout the party.

We even hung flying Buzz Lightyear glider toys from the ceiling as a fun little touch.

Before the Toy Story party started, the birthday boy’s mom completely cleared out the living room hutch. Then we filled it with many of the birthday boy’s toys. Can’t you just imagine the toys playing around on the buffet as though their owner isn’t there?

A few extras like Toy Story Character die cuts and an Etch-a-Sketch with a birthday wish added a lot of fun.

Even the soda bottles and drinks got a colorful update with Buzz Lightyear shades of purple and green. And for the kids who didn’t want soda, we served Capri Sun waters.

To make them look nicer, the pouches were faced backward, and a cupcake circle was glued to the back. Easy peasy!

The family has an awesome buffet area that is made with a 12-inch deep countertop along a 10 foot wall.

We decided not to go overboard with a huge display of sweets, so that spot was perfect for a cupcake stand, some alien-inspired marshmallow pops, and to display the party favors.

Side note: I’m so bummed that I can’t find that same Buzz Lightyear candle right now. Though this set of Toy Story birthday candles has a decent one in it, too.

For the most part, we just let the kids play outside and in the birthday boy’s bedroom (hence naming it Sunnyside Daycare!). But we did have a couple easy organized games, which is all you need with a bunch of 4-year-olds.

Remember the army men at the beginning of the first Toy Story movie? We used that same setup for this easy Toy Story party game. And the kids really had fun with it!

We made it a team effort and let the kids go searching for the hidden toy army men around the house. But you could easily add a prize for the child who finds the most army men.

Generally speaking, I don’t do games like this under age 4, because kids that young have a difficult time with very structured games at that age. but this one worked really well!

Each kid got to have a turn putting a different piece of Mr. Potato Head on the game board, which meant we ended up with a really silly looking potato in the end. The kids definitely loved that.

Where to Find the Toy Story Supplies:

Because this party was put together so long ago, many of the sources I used are no longer available. Below are links to the same or similar items that others have asked about.

If you want to know about anything specific, leave a message in the comments or feel free to email me directly!

If you’re wanting to see more you can check out some really fun Toy Story party supplies at  Oriental Trading Company.

Thank you for taking this little trip down memory lane with me. Even though this Toy Story party was 8 years ago, so many of the details are still fresh in my memory. I can’t wait to update some of these projects for your Toy Story inspired parties in the coming months, too!

Feel free to let me know in the comments section if there’s a project here you’d like to learn more about!
Are you excited for Toy Story 4 this summer?


Celebrate Your Child with… 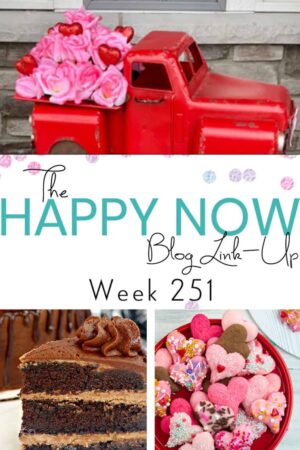 2740shares
We use cookies to ensure that we give you the best experience on our website. By continuing to use this site, you agree to the use of those cookies.OkRead More Here