Ready for a unique spin on pumpkin pie? You’re going to love these pumpkin pie bars with a chocolatey Nutella swirl.

“Ummm….honey, did you know I already have canned pumpkin in the pantry? And sweetened condensed milk, too.”

~Me, to my husband after tripling our canned pumpkin and condensed milk supply

It’s always interesting when the Husband tries to bake.

You see, he’s the gourmet cook between the two of us. He won’t think twice before trying a complicated recipe for something like crown roast, lamb, or anything on the grill.

I’m definitely the baker, comfort food cook, and fly-by-the-seat-of-my-pants with whatever we have on hand cook.

Add your name and email address below and I’ll send this cheat sheet- showing exactly how much food to make for your parties – straight to your inbox! 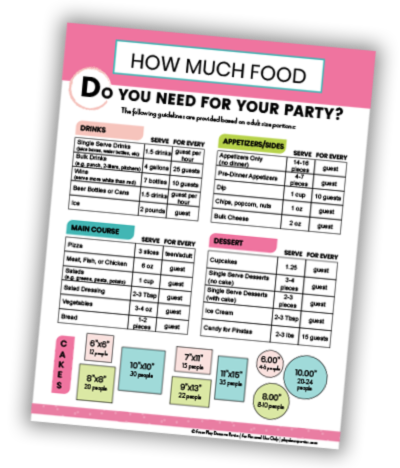 It makes for a great balance.

But every now and then he gets the itch to bake something. Like the pumpkin pie he had planned for Thanksgiving last year.

And somehow, in his baking frenzy, we ended up with three cans of pumpkin and four cans of sweetened condensed milk.

So, I thought it was time to experiment for some new desserts to put in our recipe bank…and that’s how we ended up with ooey gooey pumpkin pie bars with a chocolatey Nutella swirl.

Putting the Crust in the Pan

In a perfect world, we would all make homemade pie crust and roll it out to perfectly fit the shape of the pan.

But this is reality.

Instead, I trimmed a store-bought pie crust and used extra pieces to fill in the gaps on my trusty half-sheet pan. Here’s how:

First, roll out your pie crust:

I like to take a rolling pin to our store-bought crusts to thin them out a bit. Try to get it as close to the size of your pan as possible, but not so thin that you can see through it.

Second, place your pie crust in the pan:

This can be tricky if you really rolled your crust thin. But, as carefully as possible, transfer your pie crust to your jelly roll pan.

Don’t worry too much if the crust cracks a bit at the edges. We’re going to take care of that here soon.

Using a small knife (I used a paring knife), follow the bottom edge of the pan to trim off any extra pie crust.

Because these are pumpkin pie bars…and not a slab pie, we don’t need to worry about having pie crust going up the edges.

Use the excess pie crust to fill in the rest of the pan:

Use the scraps you just cut off to fill in any gaps in the bottom of the pan. Make sure you have enough overlap to pinch the edges together.

You can also pinch together any other cracks you have in your pie crust at this point.

I like to add a dusting of spice mixture to my pie crusts. Maybe it helps with the flavor, maybe it’s because my father always did it.

Someday I’ll have to test that out and come back and let you know if there’s a difference.

Anyway, the next step is to bake the crust for a little bit. And while the crust bakes and cools, it’s time to mix together the pumpkin pie filling.

After the pie crust cools, it’s time to pour the filling on top. And then it’s time for the fun part…

Now, if you ever tried to take room temperature Nutella and then swirl it into thin pie filling, you know that’s a disaster waiting to happen.

That’s it. The heat will make the Nutella thin out just enough to make those fun dollops in the pie filling.

Nutella is much thicker than pie filling…so I used a little trick: 30 seconds in the microwave.

Then dollop it all over the pumpkin pie filling, and drag a kitchen knife or toothpick through the batter to swirl it all together.

Ready to make your own pumpkin pie bars with a Nutella swirl? Here’s the recipe:

Jump start your fall party plans with these simple and tasty pumpkin pie bars with a Nutella swirl. Just be sure not to buy too many supplies or you might have to make another batch. (And have the recipe ready to hand out!)

What’s your favorite way to eat pumpkin pie bars?
Have you ever had pumpkin with Nutella? 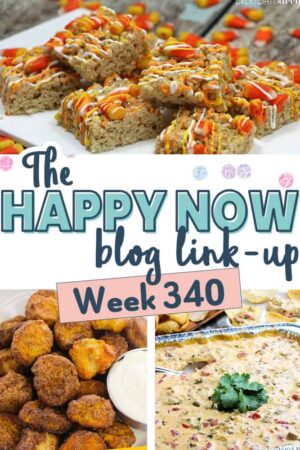 Skip to Recipe
275 shares
We use cookies to ensure that we give you the best experience on our website. By continuing to use this site, you agree to the use of those cookies.OkRead More Here