How do you channel holiday flavor in a brownie?

You could add peppermint. It’s classic, and most people love the combination of chocolate and mint. But I’ve got better plans for mint this year. Cranberries are another classic holiday flavor, but let’s all agree that cranberries are best left as the star of any dessert instead of a companion. 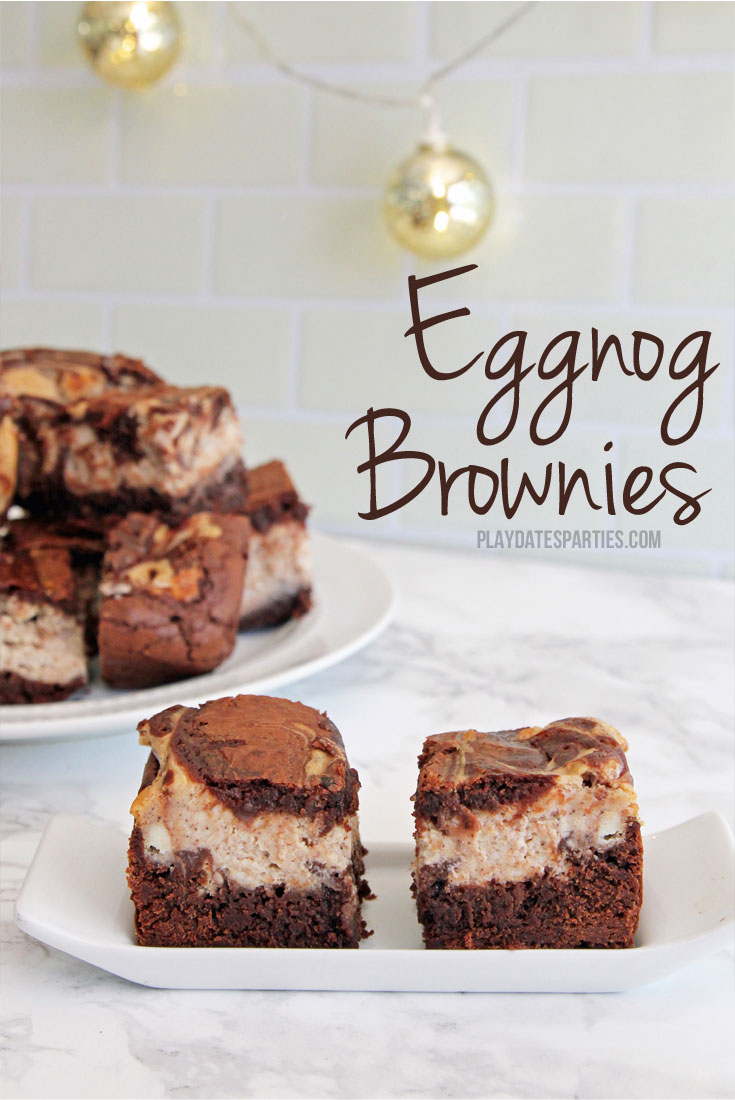 Today, the answer is in eggnog. Creamy, spicy eggnog. Some people love it, some people hate it. Thank goodness I fall in the first group, because these java eggnog brownies are full of eggnog flavor!

While I don’t have any shame in using a boxed brownie mix, this isn’t your typical brownie method. Chocolate chips are melted on the stovetop, and added to the flour mixture. And just a little bit of coffee is added to the mix to enhance the flavor of the chocolate.

But wait! Then there’s the eggnog cheesecake layer. Cream cheese is combined with eggnog, vanilla, and plenty of cinnamon and nutmeg. The final mixture is sandwiched and swirled between two rich layers of rich brownie goodness. 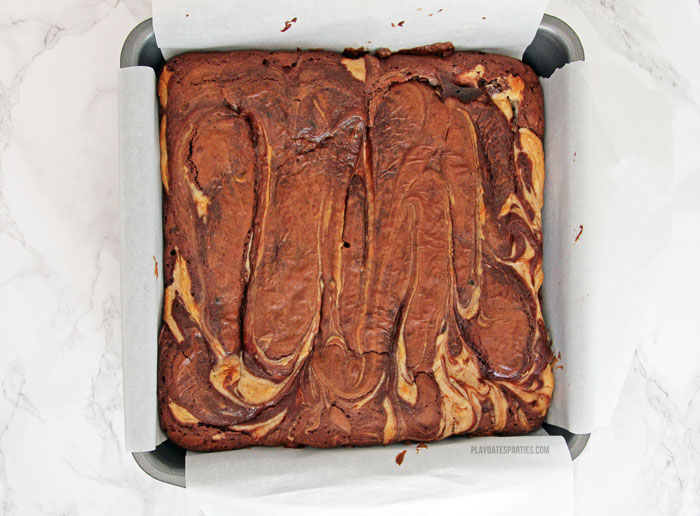 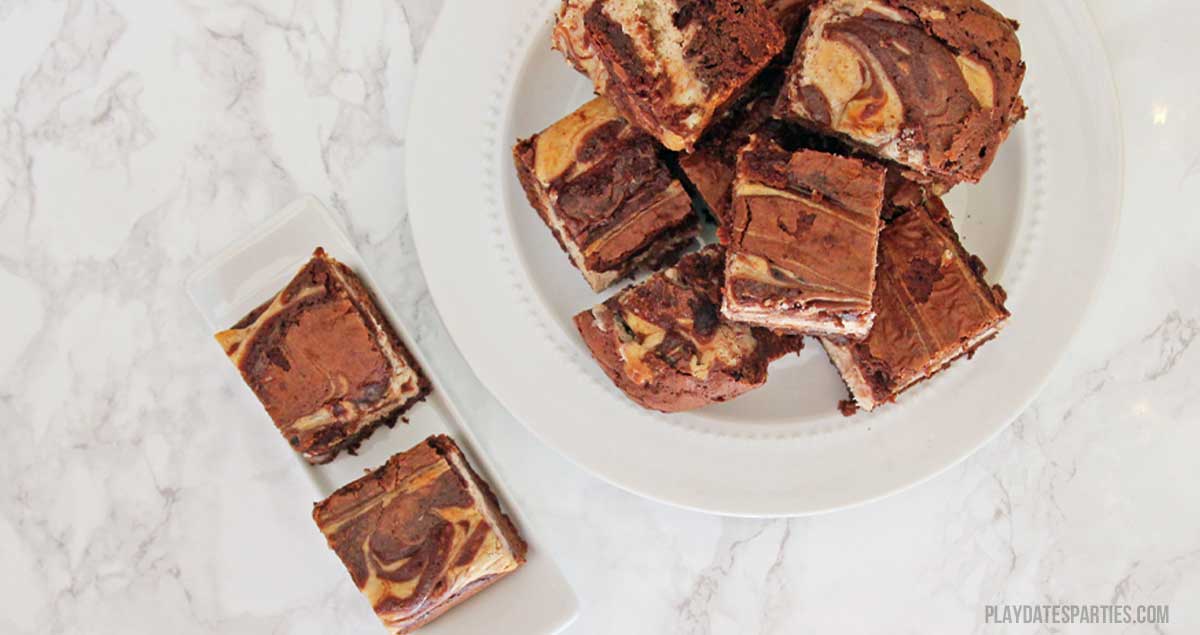 The best part of this recipe is that you can make the eggnog flavors as strong or as subtle as you like. For unmistakeable flavors of nutmeg and cinnamon, use a full teaspoon each of cinnamon and nutmeg. If your love for eggnog isn’t so strong, I recommend using half or even quarter of the suggested spices.

No matter how noggy you make these brownies, they are sure to be full of holiday flavor! 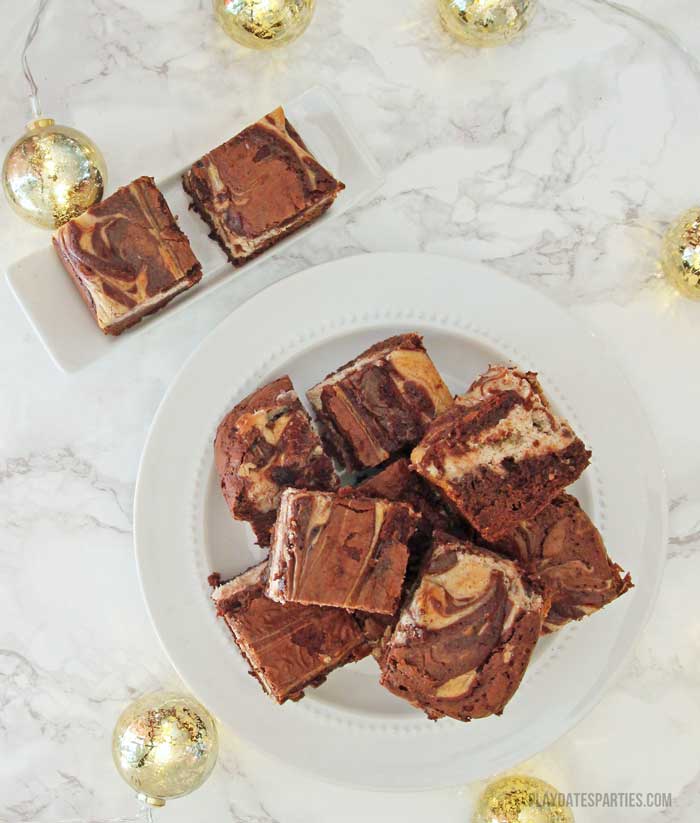 What’s the wildest brownie flavor you ever tasted?
What holiday flavor would you add to a brownie recipe? 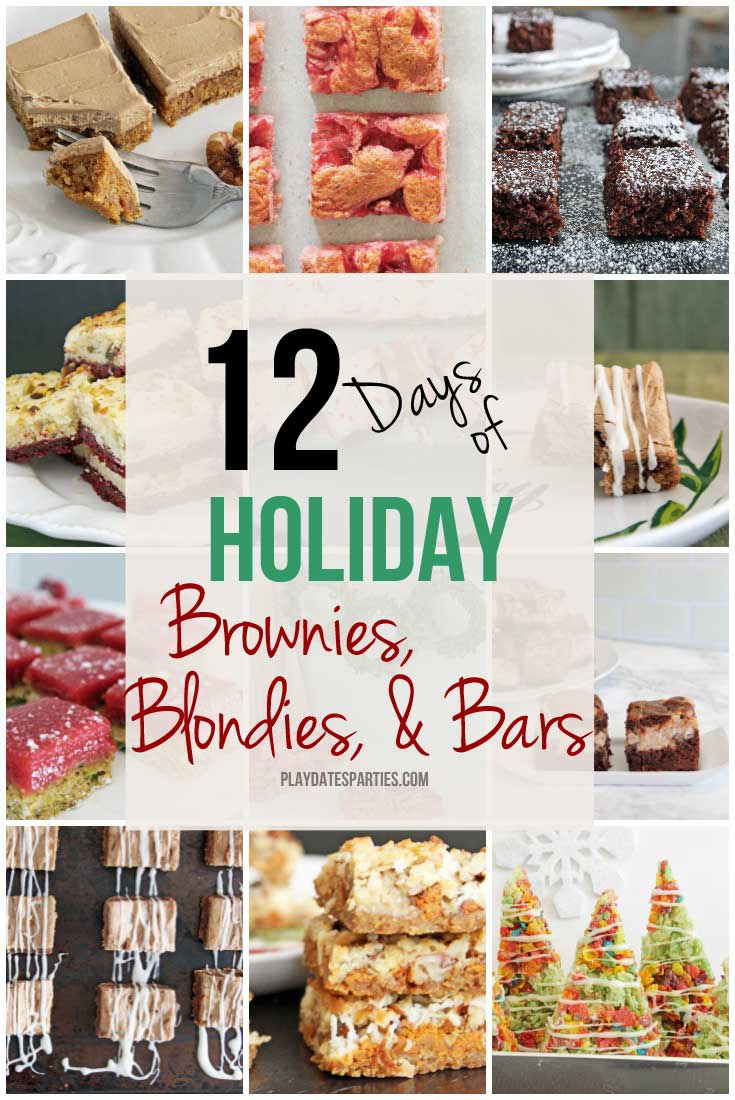 12shares
We use cookies to ensure that we give you the best experience on our website. By continuing to use this site, you agree to the use of those cookies.OkRead More Here