You have to try these white chocolate blondies with peppermint this holiday season! They are perfectly chewy with just the right amount of peppermint flavor! 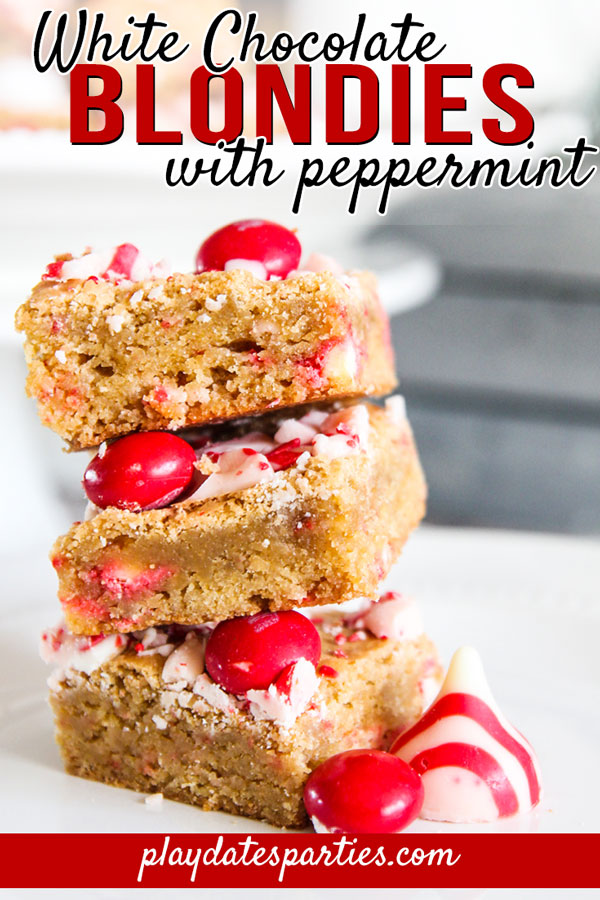 Finally, I cut into the perfect white chocolate peppermint blondies. Not too cakey, doughy, or hard. It wasn’t too minty or too bland. Just like Goldilocks, the third batch was just right.

Blondies from scratch always sound like an easy thing. But for some reason, the perfect blondie eluded me for years.

Now, I know there are as many opinions on blondie/brownie texture as there are recipes out there. Some like them fudgy and soft, some like them cakey and light.

Others, like me, prefer something somewhere in between. I like the edges to be firm. But I like the center of my blondies to be soft and a little bit chewy.

In short, good blondies shouldn’t resemble cake, dough, or cookies. They should have the same texture and height as brownies with the slightly caramel flavor of chocolate chip cookie dough 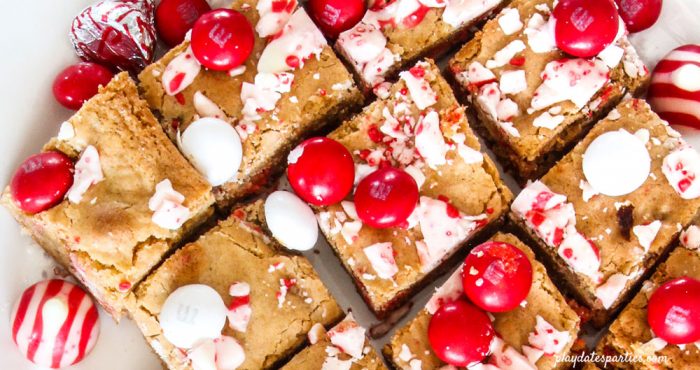 My first attempt was a basic blondie recipe with white chocolate chips and a peppermint glaze. It seemed simple enough, but the resulting bars were doughy squares with far too strong a peppermint flavor.

And though the peppermint glaze tasted good on its own, it just caused the doughy blondies to look like a melting mess instead of a delicious minty treat.

Into the trash they went.

Two Reasons Your Blondies Can Be Too Doughy:

To be honest, I was skeptical from the beginning. The featured image looks short and dense; more like a cookie bar than a blondie. But with 1,248 reviews and a 4.5 star rating, it was worth a shot.

It turns out my concerns were right. A ramekin-sized test batch ended up with…a cookie. 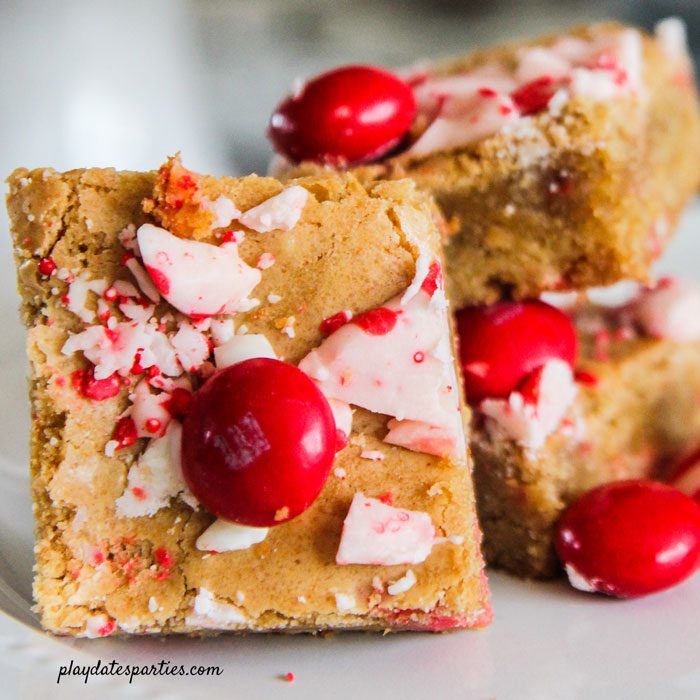 But I wasn’t going to be deterred.

Attempting to recover, I quickly stirred an extra egg into the remaining batter. And instead of a peppermint glaze, whole Candy Cane Kisses and white chocolate M&Ms were sandwiched between two layers of batter.

The M&Ms and kisses sank to the bottom of the pan, creating large crunchy pockets that weren’t terrible, but weren’t quite appealing in contrast to the light, fluffy blondie cake. But it still wasn’t the perfect white chocolate blondie recipe.

I analyzed the proportions of sugar, butter, flour, leavening agents, and eggs between both recipes. And I did some research on how to adjust brownies to be fudgy vs. cakey vs. chewy.

I was experimenting with baking chemistry, and it was fun as well as educational!

Finally, I came up with a plan for the third batch of white chocolate peppermint blondies.

What Makes these the Perfect White Chocolate Blondies

After looking at the two recipes I started with, and the extra research I did, this is what I did to create the perfect blondies

Don’t waste your time going through batch after batch of homemade blondies. If you want perfectly chewy white chocolate blondies with peppermint, make this recipe. 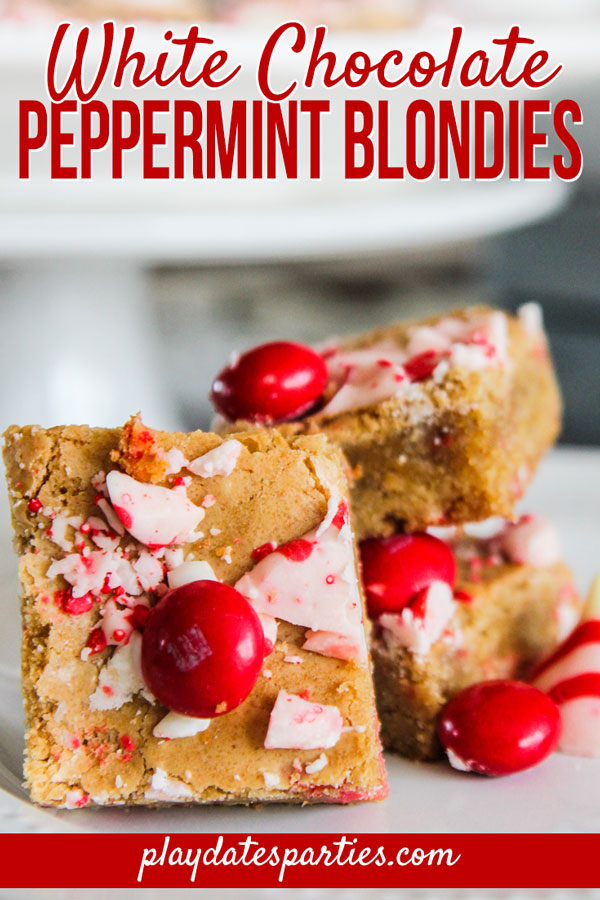 Have you ever made blondies from scratch?
How would you recover from a baking disaster? 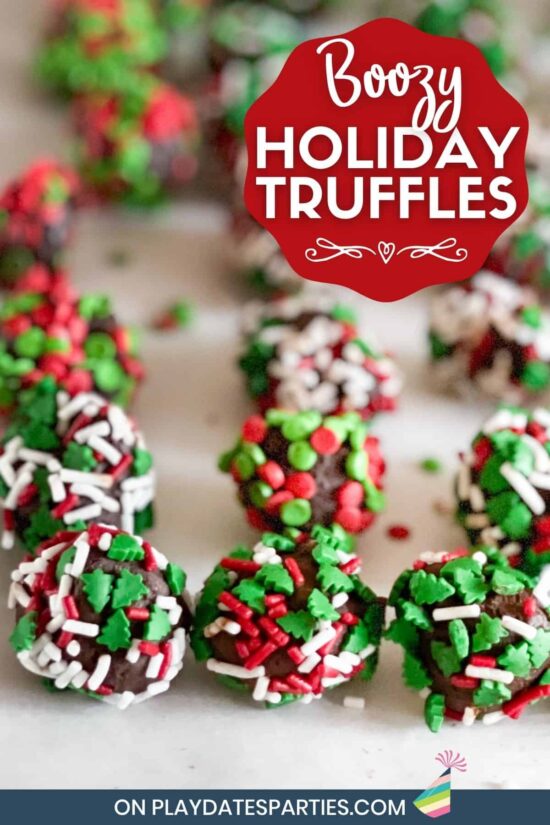 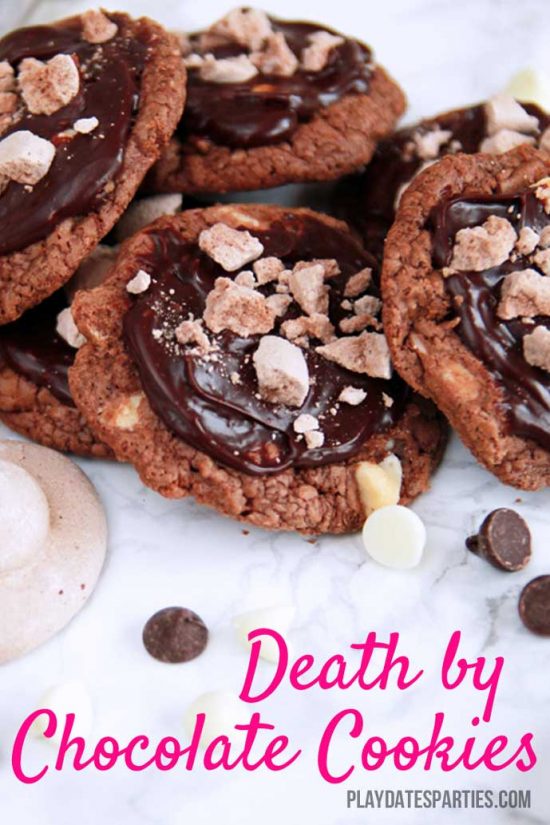 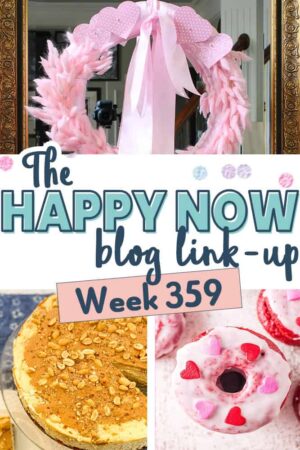