Learn how to make this easy fire roasted peppers recipe right in your backyard! They’re so much more flavorful than using the oven.

It took months after giving birth before I could even stand the smell of roasted bell peppers. And it took years before I was even willing to taste them again.

Pregnancy aversions are strong, my friends.

The worst part about it is that right up until I was pregnant with my first baby, I LOVED roasting peppers, especially on fresh salads.

No kidding, we would have a giant salad with roasted mixed vegetables at least once a week.

But those darn pregnancy aversions changed that for years. 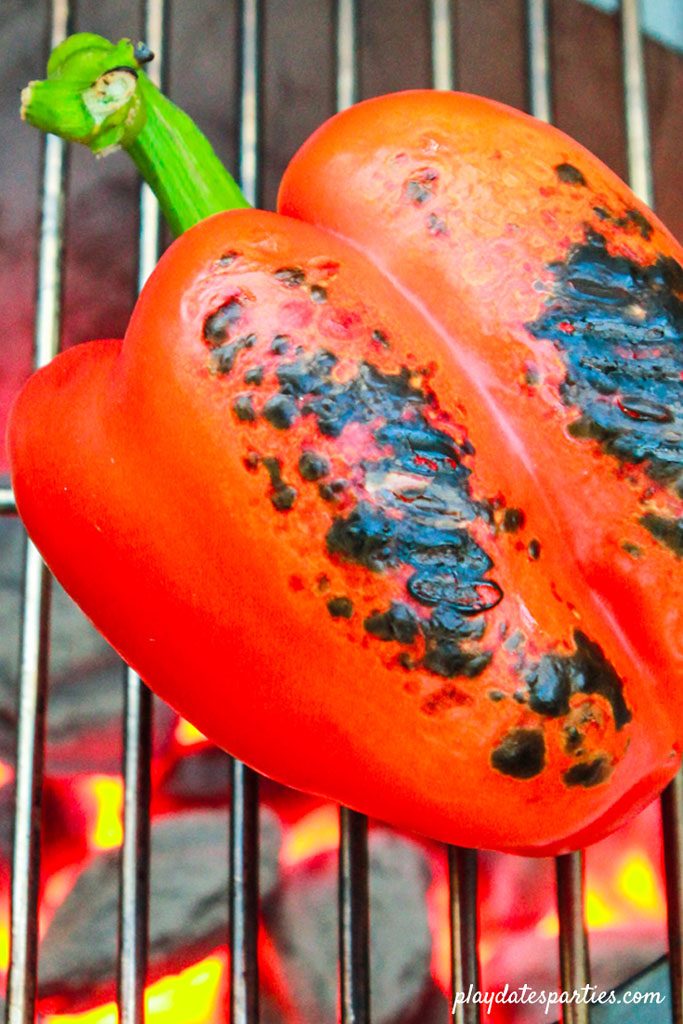 Until a year or two ago, when the Husband decided to fire roast some Hatch chiles using our grilling supplies.

Friends, this was one of the best experiments we’ve ever tried. Not only was I able to stomach the chili peppers, I loved them!

So…we started using his roasted peppers recipe for peppers of all kinds!

Plus, with his bar and prep table right next to the grill, our fire roasted peppers don’t need to hit the kitchen until they’re ready to be put away.

Why not just put the peppers on the grill?

While you can roast peppers on the grill, using the coals directly from the chimney starter concentrates the heat, making the peppers roast more quickly. 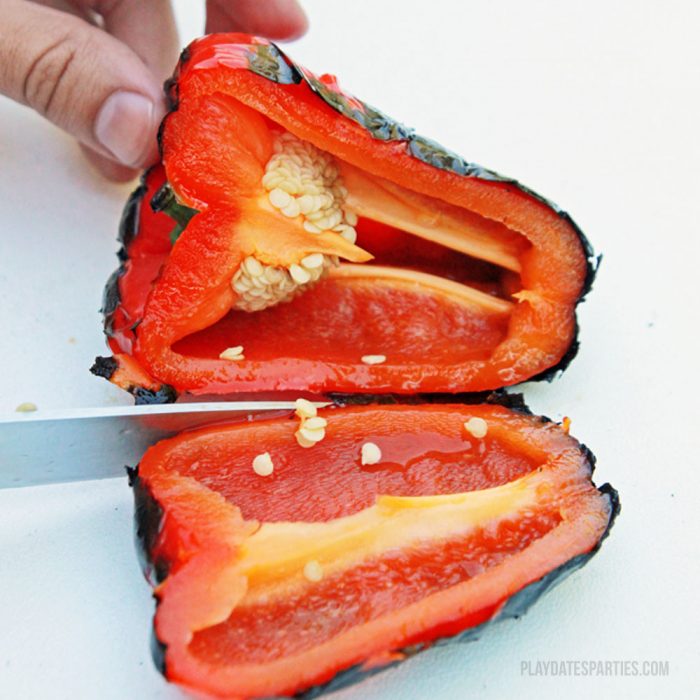 How long does it take?

The amount of time necessary is directly dependent on the heat of your coals and the thickness of your peppers. We spent about 5 minutes roasting each pepper when the coals were at their hottest. Scraping the skin off took another 5 minutes per pepper, so you should plan for at least 30-40 minutes from the time you put the first pepper over the coals.

Would I Do it Again? 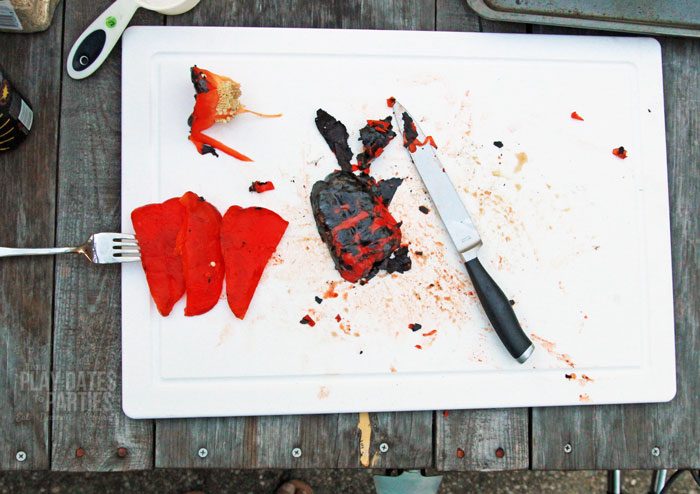 We used these fire-roasted peppers to make a batch of roasted red pepper dip, and it was just incredible. Grab some coals and start roasting your own peppers. You’ll be thrilled you tried it – even if you’re dealing with pregnancy aversions! 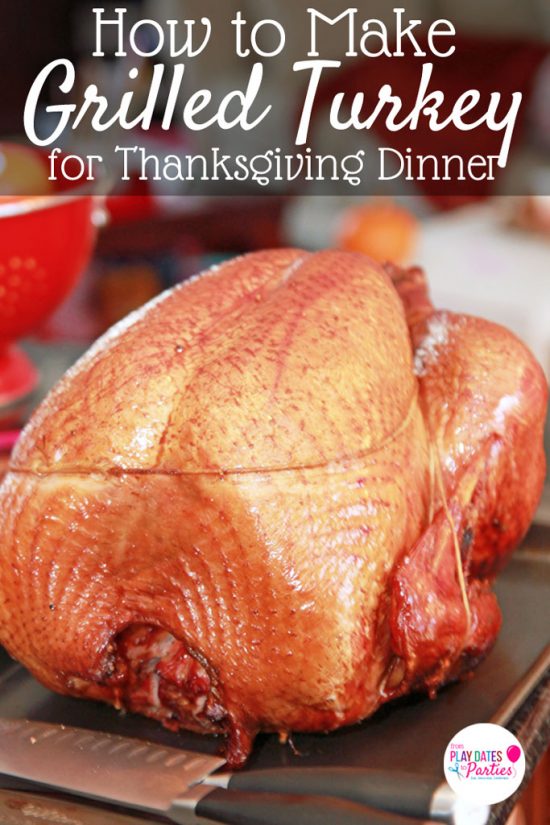