Cinnamon spice cake mix blondies are the perfect treat for the holiday season. Perfectly chewy and so easy to make, take just one bite and you’ll be hooked! 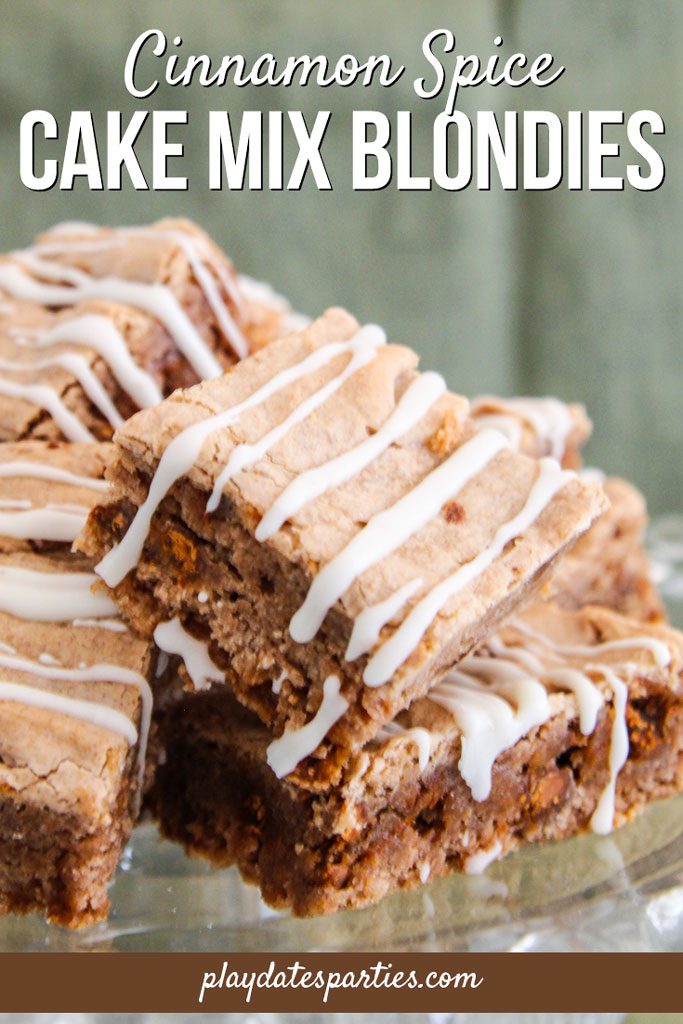 You probably either hate box mixes or love them.

While I agree that baked goods from scratch are preferable, sometimes you just need an easy kitchen cheat. And if you’re in the half of the population that takes no shame in using boxed mixes (like me), then you’re going to love these ridiculously easy cinnamon spice blondies with eggnog glaze.

After the fiasco that kicked off my peppermint white chocolate blondies, I was ready for an almost fool-proof blondie recipe.

Now, there are blondie mixes available on the market, but they can be hard to find. And you just don’t know what texture you’re going to end up with.

But as it turns out, cake mix actually makes a pretty darn good brownie mix substitution, too. You read that right. Cake mix. And that my friends, is the secret to these cinnamon spice blondies. 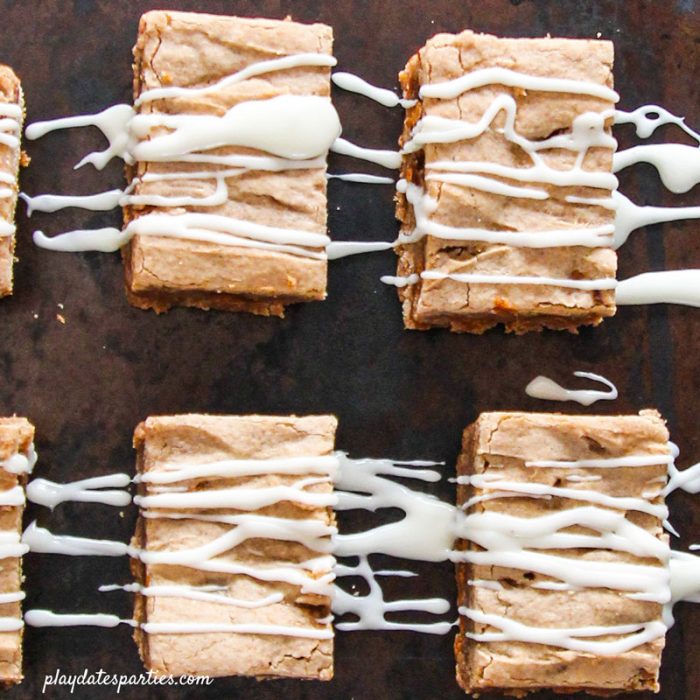 Apparently, there are many ways to turn cake mix into brownies. It all depends on how cakey or fudgy you want your brownies to be.

If you’ve been reading a while, you know I’m not into very fudgy brownies. I like my brownies somewhere in between. Soft and moist in the middle, with just enough bite to know that you’re not eating batter.

So, armed with a bit of baking chemistry, and wanting to play off of the warm flavors of cinnamon chips (leftover from these gingerbread magic bars), I grabbed a box of spice cake mix and tried this technique out for myself!

Y’all, these are GOOD.

The girls were lucky enough to get cinnamon spice cake mix blondies in a couple school lunches and came home begging to have more. Their schoolmates were requesting some for themselves. Even the husband raved about them.

Don’t turn your nose up at the cake mix in this recipe, you just might miss out on something awesome. 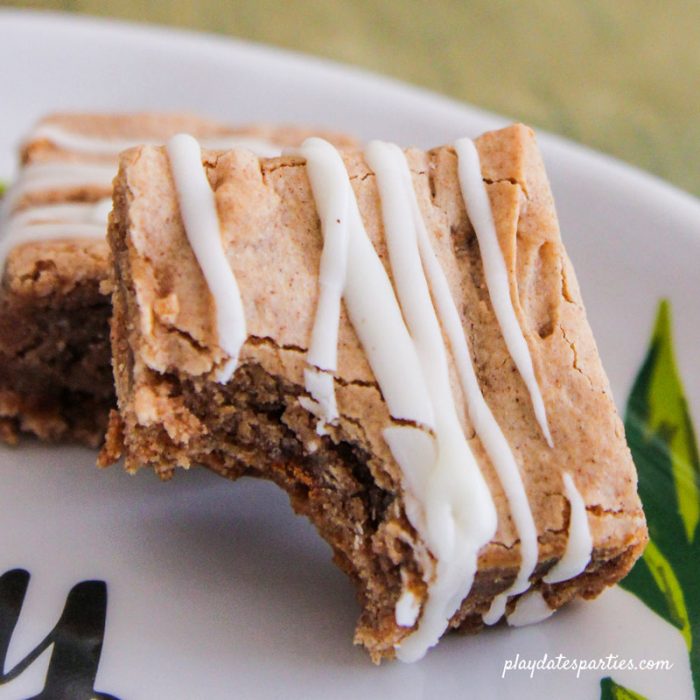 Cake mix blondies are so easy to make, and completely addictive. Whip up a batch of these holiday desserts for yourself or bring them as simple make ahead party treats. Everyone will be hooked with just one bite!

What’s your favorite unconventional way to use cake mix? 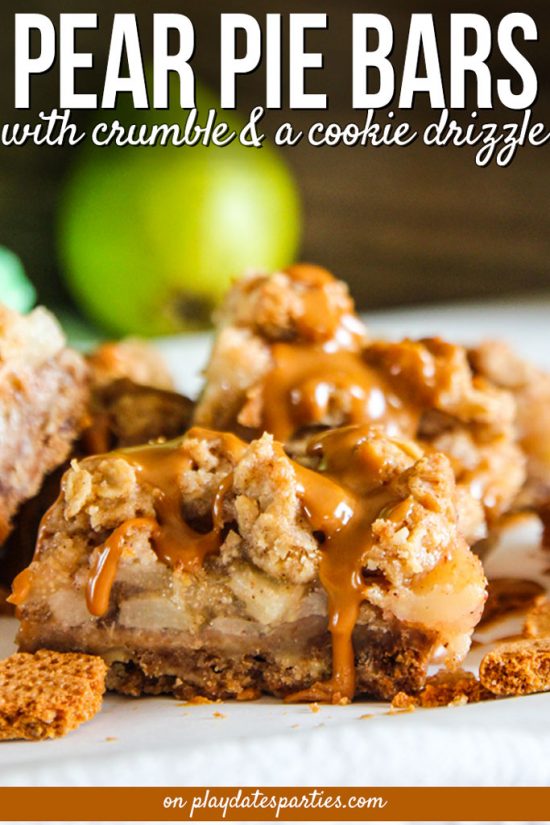 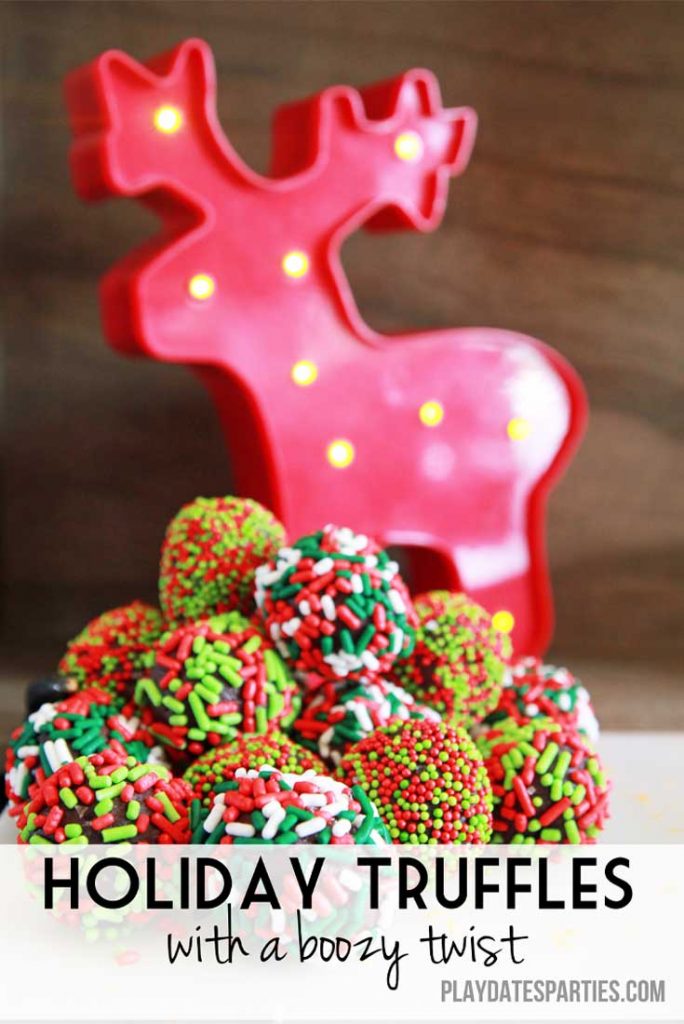 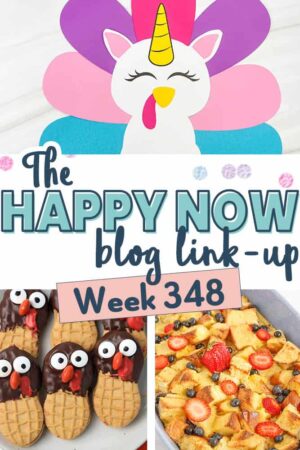