Do you celebrate the start of football season?

Even though my father always enjoyed watching college football, I never really understood the sport until I was older. The Husband didn’t grow up in a sports-loving household and learned to love his local team by hanging out with friends. Ever since those days in his youth, he’s been a die-hard Redskins fan. While we were dating, he taught me all about football, and now I’m hooked, too.

So you could say that the start of football season is a big deal around here. A very big deal. We plan to raise T to know that Sundays in the fall are reserved for church and football. Hopefully, this won’t backfire on us.

I doubt it will backfire if we treat the start of every season the way we did this year. We invited some friends and family over for opening weekend, and celebrated with a football kickoff party! 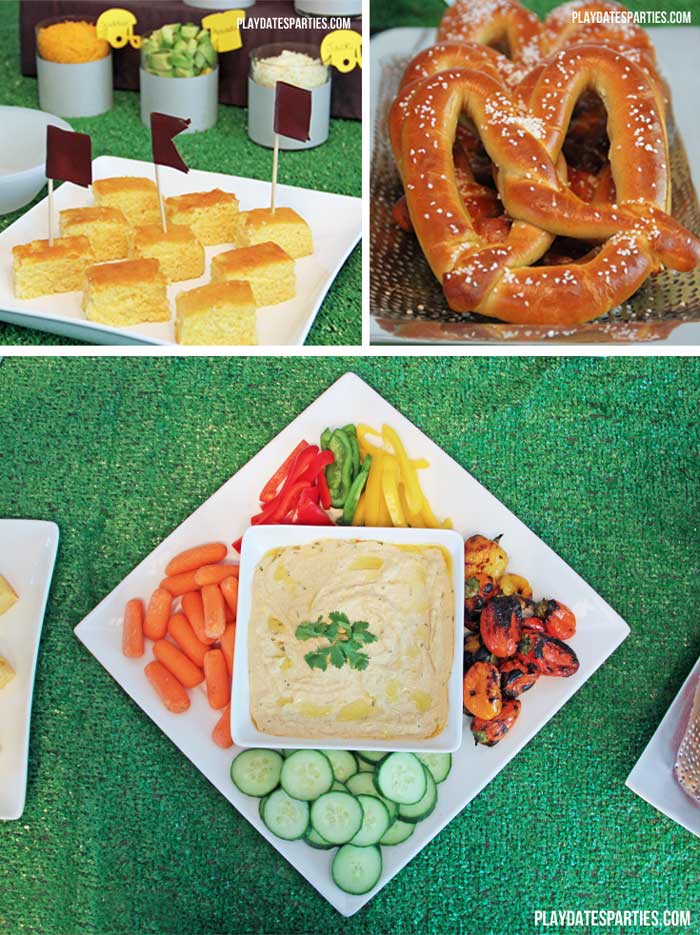 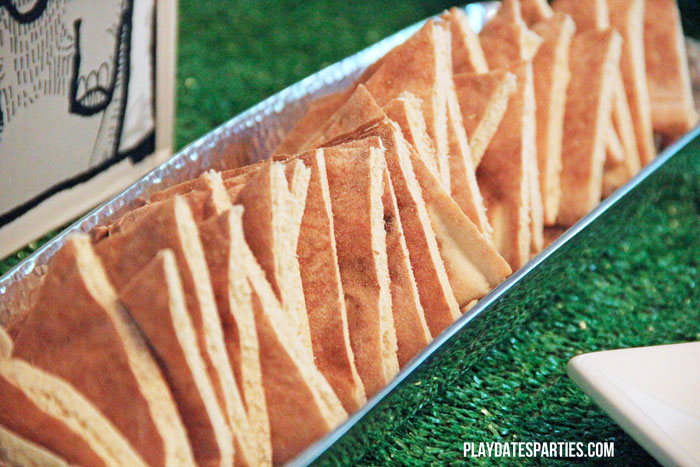 The simple buffet included a large pot of chili, plenty of toppings to choose from, cornbread squares, hummus, pita triangles, soft pretzels, and Berger cookies (in honor of Baltimore, even though we’re Redskins fans first). I displayed everything as simply as possible to keep the look clean. 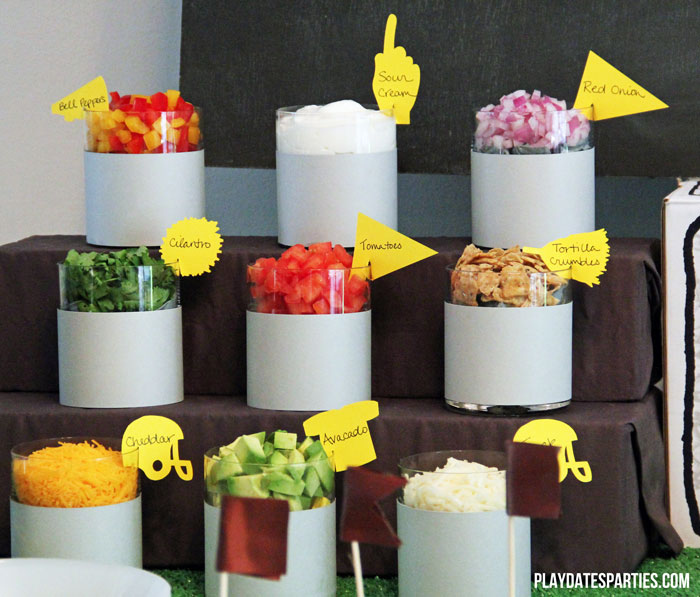 The toppings for the chili were probably my favorite part of the whole display. I used the Silhouette to cut out football-themed shapes and then added them to the rims of the glasses as labels. I also had fun setting it all up as though the toppings were the ‘bleachers’. It’s silly, but fun! (BTW, I wish my handwriting were that nice!) 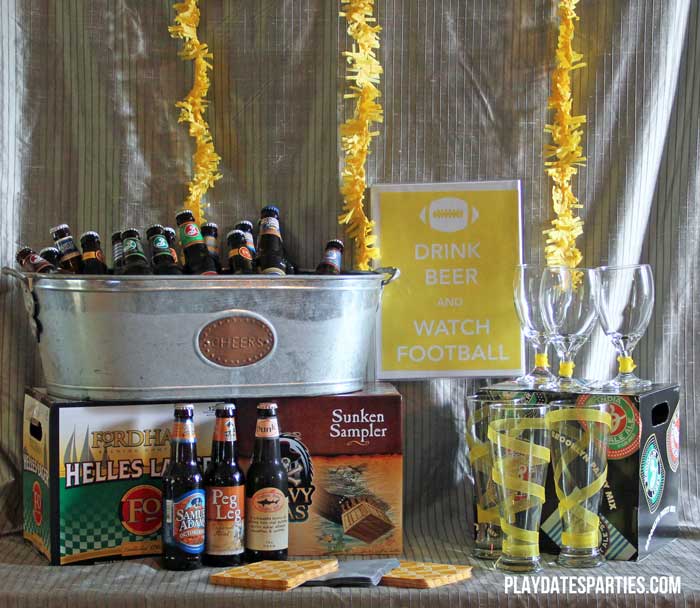 The beer bar was in the basement by the big TV…where all the football watching happens in our house. We had so many beer boxes from the store, that I figured I might as well incorporate them into the decor. The silver fabric and fringe garland were both part of my craft stash, too. To pull it all together I added a football-themed print.

My BIL and his wife are the beer aficionados in our family. While we have pilsner and other specialty glasses, they tell us that our water goblets are better suited to most of the beers we drink. So if you ever host a beer-themed party, don’t go buying a bunch of specialty glasses…just pull out the water goblets!

I think we may need to start every football season this way. At least it should be a great way to get T interested in “Football Sundays”!

What is your favorite sport to watch?
Have you ever been to a football kickoff party? 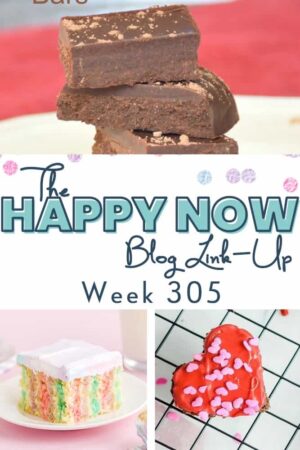 17 shares
We use cookies to ensure that we give you the best experience on our website. By continuing to use this site, you agree to the use of those cookies.OkRead More Here