There’s a picture of a woman on my fridge that my children will never get to meet. My oldest daughter carries her name, and my son carries the name of her husband.  That picture is of me with my grandmother during one of the last times I would ever see her.

My grandparents were an unlikely couple, born 11 years apart. He was a first generation Italian-American born in the early 1900s. His abusive father left when he was still young, and as the only son, he had to quit school in the fourth grade to support his mother and siblings during the depression. He was a man of grand ideas. Attempts at starting his own business never really panned out, and what ‘career’ he had couldn’t be called glamorous.

She was a proper Irish-German catholic girl from Kentucky. Her family wasn’t wealthy, but was able to stay afloat during the depression, and she would share stories of how her parents would invite strangers to share what little they could at their dinner table. She was named after her mother and grandmother. A long line of proud Irish women. She was well educated with a college degree, and raised three children while maintaining a career as an elementary school teacher until her retirement.

The last picture I have of my grandmother.

As a child I loved to hear their story. They met after World War II, when he came back from some of the most gruesome battles of the Pacific. They spent their courtship dancing under the stars and married not long after meeting. But even though they seemed worlds apart on paper, they truly loved each other.

My memories of my grandfather are always of him making us laugh. He wasn’t afraid to speak his mind. And let us know exactly what he was thinking at any moment. He would swear to you that he hates garlic, all while eating a big bowl of heavily garlicked pasta and sauce. But he loved his wife and three kids fiercely. My memories of him begin to fade by the time I was in high school. Multiple strokes had taken their toll. And every time we said goodbye we know it could be the last. He passed away just a few days before I graduated from college.

Thankfully I got to spend a little bit more time with my grandmother. I’ll never forget her constant reprimands of her husband and her shock at my night-owl tendencies when I came to visit as a young teenager. Most of all, I remember her faith. We shared a room on a trip to celebrate my father’s 50th birthday and I can’t forget the image of her kneeling on her arthritis-ridden knees, praying her rosary as morning light poured over her from the window. Those rosary beads now belong to my oldest daughter, T. I had no idea that cancer would take her not long after that trip and only 5 months after her husband died.

Those are nearly the bulk of my memories of my grandparents. My brother and I grew up living an 8-hour drive away from them and saw them once a year if we were lucky. It always made me sad that we never got to be very close. Nonetheless, the memories of them have shaped me as an adult. I see pieces of their marriage in my own. And having lived so far away from them, I can’t bring myself to move too far from where we are now.  My in-laws are 45 minutes away, and my kids are lucky enough to see them fairly regularly. My father and stepmother are less than three hours away. We visit them several times a year and try to go on vacation with them every couple of years. I wish my mother lived closer, but thankfully she’s healthy enough and has the means to come visit once or twice a year.

I miss my grandparents. I miss their bickering. I miss the laughter. But I know that

This post was written in response to the February prompt for the Who I Am Project hosted by Dana at Kiss My List. This month’s prompt was to write about our relationships. Having already written about my marriage and my relationship with my parents, I wanted to pull together a tribute to my beloved grandparents.

What is your favorite memory of a grandparent?
Do you live close to your parents? Would you move far away? 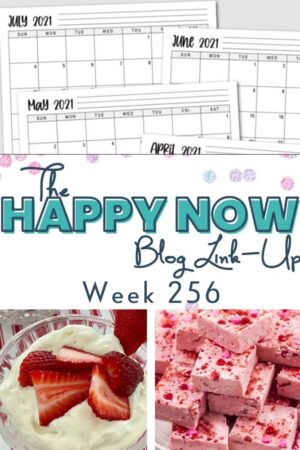